Introduction to Ruby on Rails

Another great thing about Ruby on Rails is that it is easy to learn. If you are new to web development, you can quickly get started with Ruby on Rails. Many resources are available to help you learn Ruby on Rails, like books, online courses, and tutorials.

Seven Most Popular Websites Built on Ruby on Rails

Basecamp is a project management tool. It helps teams keep their operations organized and on track. It was one of the first web-based applications built with Ruby on Rails. Basecamp is simple to use and has a clean interface. It has all the features you need to manage a project, including task lists, a calendar, file storage, and more. Millions of people worldwide and employees of some of the biggest companies like Apple, Facebook, and Google trust this tool. Basecamp is available for a free trial, and no long-term contracts are required. It gives you the liberty to cancel your account at any time. It is an excellent example of a website built with Ruby on Rails. 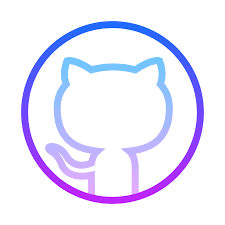 GitHub is a highly functional website that allows developers to share code and collaborate on projects. It is also very user-friendly, making it easy for developers to use the site.

In addition to being a great collaboration tool, GitHub has many features that make it useful for developers. For example, developers can use GitHub to host their code repositories. It makes it easy for other developers to access the code and contribute to projects. GitHub also has an issue tracker that helps developers keep track of bugs and issues with their code.

GitHub is an excellent example of a platform for technical people built with Ruby on Rails. 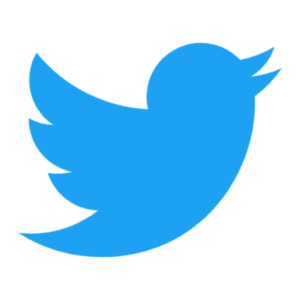 Twitter is one of the most popular social networking platforms in the world with 330 million plus active users in a month. It was initially built using the Ruby on Rails framework. Its simple user interface allows users to post updates and easily view other users’ updates. The site is highly responsive and loads quickly, even on mobile devices.

Twitter has been able to scale its infrastructure very effectively. It is partly because Ruby on Rails is a scalable framework enabling Twitter to handle large numbers of users and large amounts of data without any major issues.

Shopify is a leading e-commerce platform built on Ruby on Rails that provides users with everything they need to create online stores with tailor-made websites, shopping carts, and payment processing. Shopify also offers a wide range of features and plugins to help businesses grow their online presence.

Airbnb is a leading hospitality service that helps people find rooms to rent from private individuals in over 190 countries. It is built on Ruby on Rails and offers a variety of features, such as search, booking, and payment processing. Airbnb, a Ruby on Rails example, has helped millions of people travel around the globe.

Fiverr website allows freelancers to offer their services for $5. The site was launched in 2010 and has become one of the most popular websites for freelance services.

Some features that make Fiverr stand out are its gig gallery, which allows freelancers to showcase their work, and its buyer protection system. Fiverr also offers a wide range of services, from writing and designing to programming and marketing.

Hulu is a popular video streaming website launched in 2008. It was one of the first websites to offer streaming of TV shows and movies.

Why Ruby on Rails is First Choice for Website Development

Ruby on Rails is a Ruby programming language-based framework for web application development. It is designed to make web development efficient and enjoyable for developers. It is the first choice for many web developers because it helps them create high-quality, light, and responsive websites quickly and easily. It makes web development much more efficient because of its built-in tools for scaffolding, routing, and database management.

Rails also has a large and active community of developers who contribute to the project and help other developers by sharing their knowledge and expertise. This community support makes it easier for developers to find answers to their questions and get help when needed.

As you can see, Ruby on Rails is a powerful tool that can be used to create some truly amazing websites. If you’re looking for a web development platform that will allow you to build beautiful and functional websites, hire Ruby developers and build successful websites.